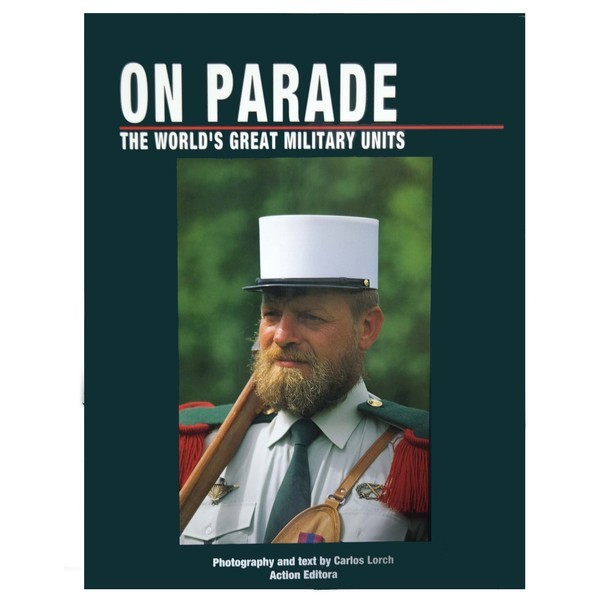 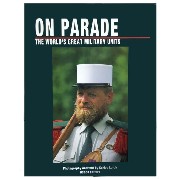 Wars have played an important part in the history of practically every country in the world. Battle honors and military traditions originating in deeds of valor are part of the ceremonial of military units that have seen combat action in the past. Generation upon generation of soldiers have revered these traditions often adding their own feats of arms to those of their predecessors. In this manner, a handful of the world´s regiments and corps have become ultimately linked with the past. Although clad and equipped with modern uniforms and material, these soldiers embody their traditions when they are on parede. It is in their ceremonial dates that they bring out the colors that have made them famous. ON PARADE: THE WORLD´S GREAT MILITARY UNITS is a voyage around the world´s most influential military corps. The grandeur of Great Britain´s Guards, the rugged French Foreign Legion, the proud U.S. Marines and the small but efficient Swiss Guard of the Vatican are visited in words and stunning photographs. Exotic and seldom seen outside their countries but with as much historical background are the imponent Indian sowars of the President´s Bodyguard, the Royal Guard of Morocco, the Dragoons of Brazil, and over thirtyfamous units of sixteen countries. Here you will find fascinating formation about the military history of each of these units, from battle honors to individual feats of bravery. Photographed on location, ON PARADE: THE WORLD´S GREAT MILITARY UNITS is a unique way to visit these traditional elite regiments. From the biting cold of the mountains of Wales on patrol with Britain´s fearless Gurkhas, to the awesome silence of the Old Guard´s vigil over America´s unknown soldier at Arlington Cemetery. From the colorful streets of Athens where the kilt clad Evzones of the Greek army parede on sunny Sundays, to the drab simplicity of Japan´s Ceremonial Guard, the variety of the photography in this book will please the most demanding reader.

Carlos Lorch is a publisher and photographer living in Rio de Janeiro, Brazil, whose work has appeared in several books and magazines internationally. His writing and photographs have appeared in several publications about Brazil´s armed forces. For ON PARADE: THE WORLD´S GREAT MILITARY UNITS Lorch travelled to sixteen countries and visited each of the regiments and corps portrayed in the book, both on the field and on the parade ground.